Parastou Carabash – About to Pop!

Many of you have been asking: “Has your wife given birth yet?”

Well, as of this minute… no… But it’s going to happen any day now… Maybe even TODAY! Each night (around 11:00 p.m.) she complains about back pain, being tired and her stomach feeling weird.   “Tonight’s the Night!” I’m thinking in my head, even though I don’t want it to be… at least for a few more days. Her official due date is the 25th of January but I’m putting my money on the 16th of January for a few reasons: (1) it’s her second, (2) she had her first one early, and (3) the 16th of January is my first son’s birthday (so it would be ideal if they had the same birthday).

Here’s Parastou (or Paris, as many of you know her by) on the left at our Winter Clinic After-Party with Julie Lyone-Wolfe (The Handpiece Clinic) on the right: 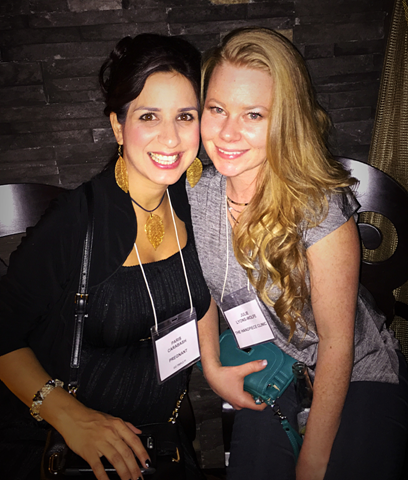 Here’s hoping for another January 16th baby. FYI, if you want to know why we plan on January babies, read “Outliers” by Malcolm Gladwell.